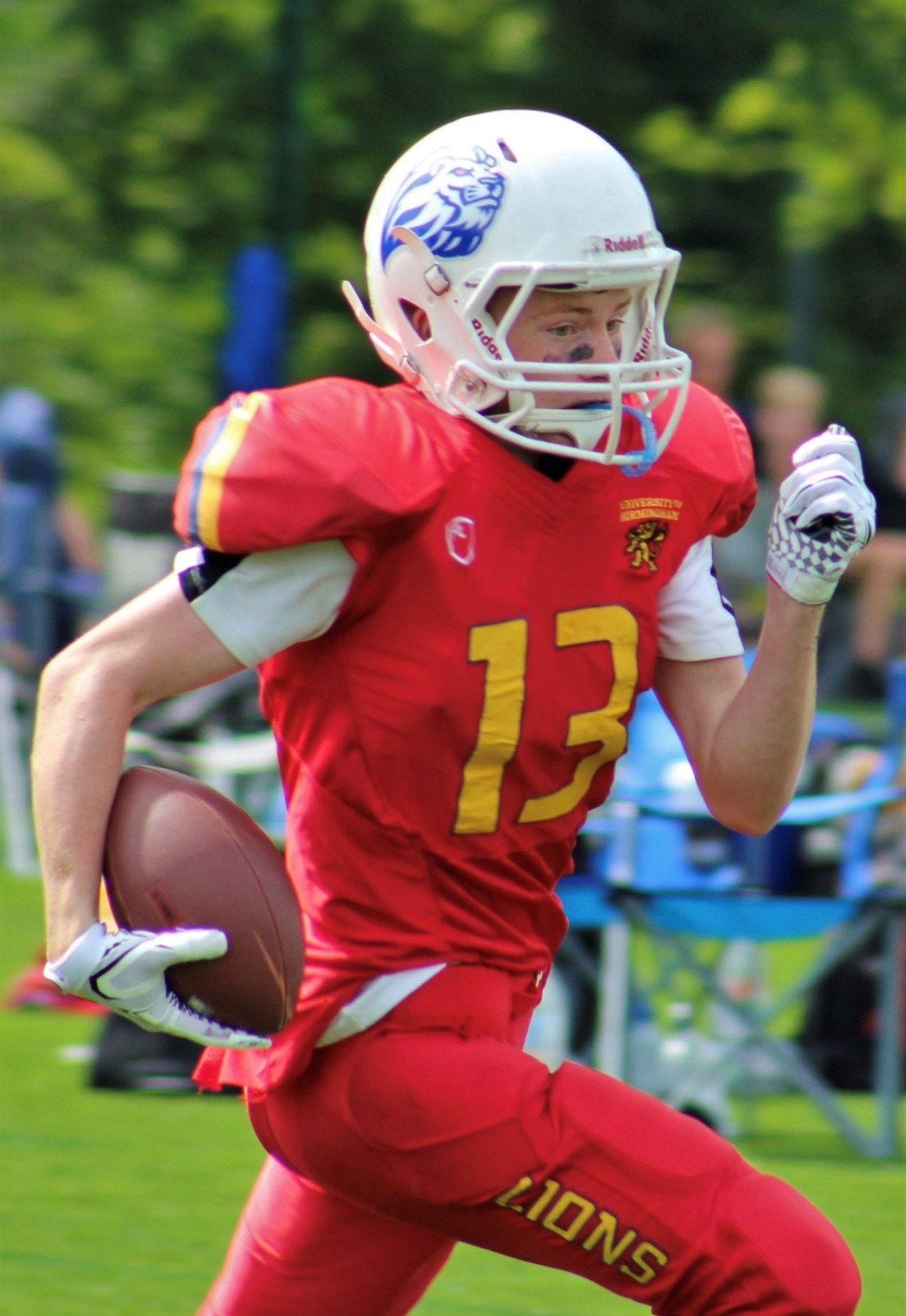 Heart of Worcestershire College’s (HoW College) sport student, Jon Williams, is set to showcase his skills this October as he joins his American football team mates representing Great Britain in a number of international tournaments.

Jon, who currently competes as a Wide Receiver for the Great Britain American football team, started playing the sport from a young age after joining an after school club where his coach encouraged him to continue due to his ‘blazing speed’.

Jon is a self-funding athlete and since qualifying has been tirelessly fundraising to cover the costs of equipment.

Following a generous donation of £250 from HoW College, Jon is one step closer to her ambitious target.

Talking about his decision to study at HoW College, Jon said:

“I initially came to see the College on one of the open days, I was really impressed when I saw the equipment and facilities that it had to offer. Since joining, the tutors have been really supportive, not only with my studies but my American football too.”

Jon already has an impressive career in American football, playing for teams such as the British Blades, where he was awarded Most Outstanding Offensive Player, the Birmingham Lions and the British Lions U19.

“Jon is a good athlete who could play any skill position as he reads the game remarkably well. He is known for his sportsmanship which is outstanding given that American football is such an intense, physical sport.

Jon has fantastic leadership capabilities, he has the ability to get the best out of his team mates and is a player who others readily follow.”

To find out more about Jon’s story and to donate please visit his GoFundMe campaign: https://www.gofundme.com/profile/jonathon-williams-r5jq8