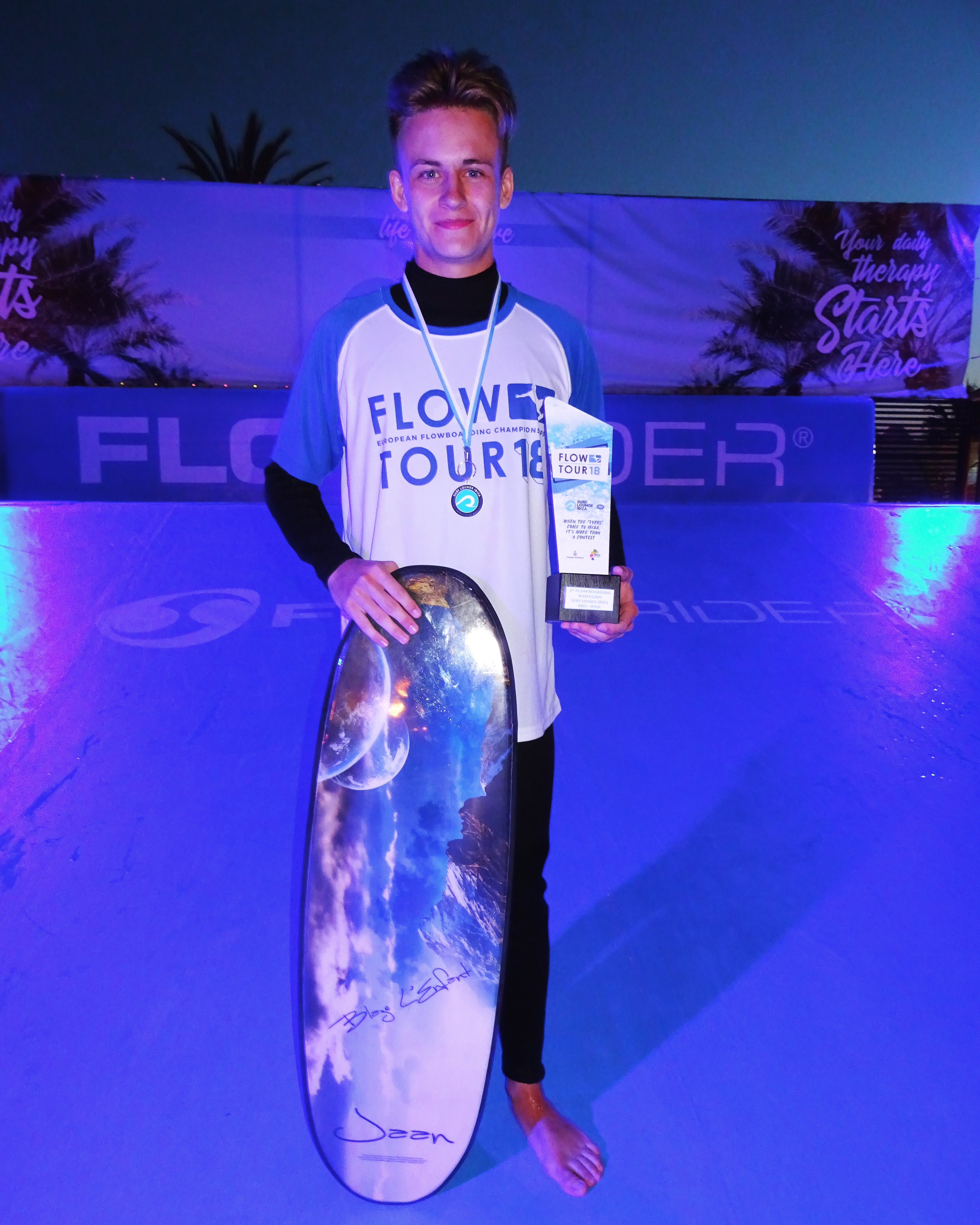 Heart of Worcestershire College’s (HoW College) sport student, Blaze L’Enfant, celebrates his wave of success as he claims another victory in flowboarding and becomes a sponsored rider with Jaan Flowboards.

Talking about his success, Blaze said:

“I fell in love with flowboarding on a family cruise a couple of years ago. Getting into such a niche sport hasn’t been easy, especially as there are only five artificial wave centres in the UK. However, I am really proud of how far I have come within the sport and I am honoured to be a sponsored rider with Jaan Flowboards.”

Commenting on his time at the College, Blaze added:

“The College has played a significant part throughout my recent progression in the sport, showing a welcome interest in how flowboarding works and providing me with a great deal of support and encouragement. It can be a big step-up moving from school to a college environment but HoW College tutors have, in my experience, made the whole process easy, straightforward and relaxing.”

“We’re extremely proud of Blaze and what he has accomplished both inside and outside of college. As a student he is committed and hardworking, which is also evident in his success within flowboarding.”