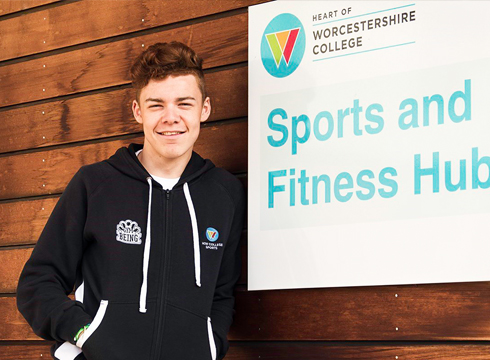 Heart of Worcestershire College student Jack Kelly is pulling on his skates and preparing to get ‘inline’ for Team GB as he competes in the 2015 World Freestyle Skating Championship in Italy.

Jack, who is currently studying Sports Science at the College, first got involved with speed skating when he visited his local track with his dad. After watching them train Jack was intrigued by the sport and decided to give it a go for himself.

Speaking about his success Jack said:

“It’s a nice feeling to know that you’re representing your country. Not many people have this opportunity so I’m really pleased that I’ve been given the chance to be a part of Team GB."

“I’m feeling really confident about the upcoming event as I know I’ve put the effort and training in. The College have been great too and are really enthusiastic about me being part of Team GB.”