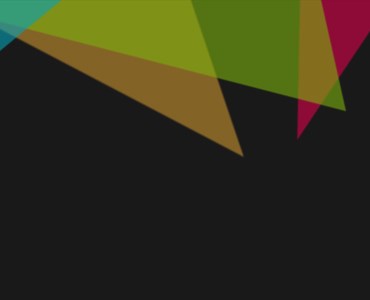 HOW College/ About/ Black Lives Matter

Here at HoW College we pride ourselves on our vision to inspire, innovate and advance. We want to lead by example, equip our community to deal with anything life may throw at them, and provide every person with an equal opportunity. We strive to place our equality, inclusivity and diversity objectives at the centre of our progression and actively and continuously work towards being the best we can be.

As a College, we have been shocked and deeply unsettled by the recent events regarding acts of racism across the world. We acknowledge and accept that these are not new issues within our world, but rather they have simply been brought into the spotlight. We also acknowledge and accept that this is not merely an issue or responsibility of just one country, but rather a global fight against racism and inequality. We believe that it is up to each of us to help make change happen.

At HoW College we have always and will always continue to enforce our Equality and Diversity training within our staff, and the same ethos within our students. We accept that we cannot expect our students to know how or when to stand up and face adversity if we do not lead by example and educate them on how to do so. We encourage everyone to be brave, strong and undeterred in the battle against racism, inequality and discrimination, and we have been working on some resources to help.

Our teams have been creating this web page which we encourage everyone within our community to take the time to read. Below, you will find resources to help understand the varying forms of racism, discrimination and inequality, how to identify and tackle such matters, and we have also taken the time to include details that can signpost individuals to support within the College, as well as support outside of College.

We are actively looking into ways in which we can improve our own staff training as well as working with our Student Experience teams to help deliver mandatory Equality, Diversity and Inclusivity training to all students from the next academic year.

We pride ourselves on our key values of integrity, trust, inclusivity and partnership, and we are committed to continuous education and growth towards the matters at hand to enable us to be a safe, strong and supportive college.

We support the Black Lives Matter movement and we are committed to our progression as a College to do better.

To try and help our staff, students and the wider community tackle racism, we came up with 'SHRINK'. We hope that the following steps can help give individuals a starting point for approaching racism when it appears.

Whether you SEE racism or HEAR racism taking place, make sure you REASSURE the targeted individual(s) that you are there and support them. IDENTIFY who is best to contact (e.g. a teacher, parent, colleague, the police) and NOTIFY them as soon as possible. Finally, be KIND and see if you can do anything else to help.

Together we can help SHRINK racism

Below we have selected a variety of resources to help educate and support people with their fight against racism. We have chosen various formats of information to suit all audiences; from articles, books and podcasts, to videos and support resources.

Some of the resources listed may not be for everyone; however, we have attempted to get a wide representation of several perspectives to allow people to encounter different approaches to the subject of racism. We actively encourage each individual to do their own research into the matters at hand, and view the resources below as more of a starting point.

We have included links below to a variety of books that can be found on Amazon; however such books can also be found on an array of other websites and in audio format.(We encourage everyone to read descriptions and reviews before purchasing).

- I Am Not Your Baby Mother by Candice Brathwaite

- So You Want To Talk About Race by Ijeoma Oluo

- Girl, Woman, Other by Bernardine Evaristo

- Me and White Supremacy: How to Recognise Your Privilege, Combat Racism and Change the World by Layla F. Saad

- I’m Still Here: Black Dignity in a world made for whiteness by Austin Channing Brown

The below podcast are accessible by internet browser, Spotify, Google Podcasts, Apple Podcasts and many more platforms; there are free options for all of the below podcasts as well as access via paid platforms. (We encourage everyone to read descriptions carefully before subscribing to any platforms and to read all podcast descriptions first to ensure you understand what content you may come across).

- Code: Switch NPR -“Explores everything from pop culture, to politics, to sport. Race impacts every part of life.”

- A powerful conversation about race, racism and white privilege with Nova Reid and Vicki & Selina from Project Love

There are many video resources available on many different platforms. We understand that not everyone can afford to purchase memberships with some of the sites mentioned below; as a result we have not attached links to platforms that require subscriptions, but rather simply suggested them for those who do have the means to access them. You can find direct links below to platforms which are free.(We encourage everyone to read descriptions before watching any video resources to ensure that they are fully aware of what they may encounter).

- White People, Enough: A Look at Power and Control by Jaelyn Coates (TED Talk on Youtube)

- I Am Not Your Negro (Amazon Documentary) – “The memoir recounts the lives of James Baldwin’s close friends and civil rights leaders Malcolm X, Martin Luther King Jr., and Medgar Evers.”

- When They See Us (Netflix - Film) – “Five teens from Harlem become trapped in a nightmare when they’re falsely accused of a brutal attack in Central Park. Based on the true story”

If you are in need of support then we want to help. Below you will find some external resources as well as a reminder of resources available within the College.

- For those within the black community who need mental health support, Black Minds Matter is a UK organisation; just visit the following website for more information: www.blackmindsmatteruk.com

- Another brilliant mental health resource is Mind UK; this is a point of support for all communities of people of any ethnicity. For more information, visit: www.mind.org.uk

Our dedicated Welfare teams are here for any student who needs extra support. Our teams provide a confidential single point of access for any student experiencing difficulties or concerns relating to their general health, well-being and mental health issues. As well as one-to-one welfare support, students can also access information on local services, advice and support groups.

Please use the contact details below to get in touch:

We would also like to take the time to remind our staff that we are here to offer support whenever it is needed. We encourage everyone to approach their Line Managers, CRQ Directors or a member of HR for extra support whenever required and we will give our utmost care and efforts to help, be that directly or via external resources.